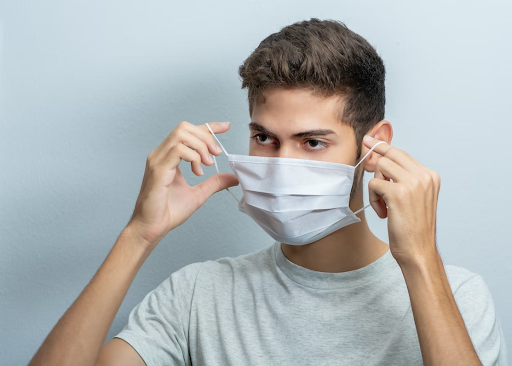 Why Wear A Mask?

Masks are not required to be worn publicly, according to the Centers for Disease Control and Prevention (CDC) in the United States, the World Health Organization (WHO), the Public Health Agency of Canada, and many other provincial governments. Their stance, though, changed as communal transmission grew. It was advised that everyone put on masks when required. Masks have been made required in several regions of the globe for use within enclosed public spaces.

Several people are now wondering, “What has happened, and why must I put on a mask?” while recommendations continue to develop in this pandemic. Are there any advantages of wearing masks in public, and why are they now considered necessary?

Is It Normal for Measures to Evolve?

The medical and scientific professions were presented with a global pandemic produced by an unknown and new virus, and they needed to determine how to safeguard society as promptly as possible. As we discover more regarding the virus, guidelines are being reassessed since this circumstance is complicated. Changing the regulations will help us stay safer as they are founded upon what we have found scientifically and are certain to be accurate. The guidelines must adapt to meet the most recent scientific findings, and thus dictates if you need a mask with maximum barrier protection or not, depending on the scenario.

Scientists had assumed that individuals who were not sick could barely spread the virus. This notion was drawn from prior encounters with other viruses. They gradually found that this wasn’t the case; people with no symptoms may still transmit the virus. This indicates that even if an individual is not sneezing or coughing they still can infect those around. This is known as asymptomatic transmission.

The proportion of approximated spread by undiagnosed and possibly asymptomatic individuals along with the number of people displaying minor to no symptoms were both examined in a paper from the University of Ulm in Germany. Italy and China’s transmission have estimated numbers ranging from 42.5% to 79%. These results imply that even though you believe you’re alright, you could be infected and could also possibly infect others.

Initially, the instruction was to not put on a mask mainly because we were unaware of the relevance of asymptomatic and mildly symptomatic transmission. There was also a considerable lack of protective equipment. Healthcare professionals needed accessibility to them to defend both the patients and themselves. Given that it was unknown how terrible the crisis would get at the time, it was decided that masks must be reserved for healthcare providers and the front liners.

Why Wear a Mask in Public Spaces?

Masks are used as a safety precaution to lessen the possibility of spreading the virus you have to other individuals who are taking medication. Masks function as a physical shield blocking droplets from contacting others nearby since infection develops through liquid droplets emitted when talking, breathing, sneezing, and coughing.

As individuals return to more usual routines, upholding public health regulations like a two-meter physical distancing becomes increasingly challenging. When everybody wears a mask, the likelihood of breathing droplets from someone infected with whom you come into close contact is much lowered. This safety precaution becomes extremely vital indoors, where it is a lot simpler to breathe someone else’s droplets. Outside, the drops are quickly swept away by the wind. Indoors, you must be very careful. 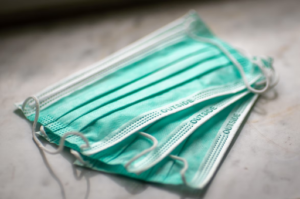 The German study also discovered that in contrast to other nations where masks were not compulsory, the prevalence of new cases reported was less in nations where a high percentage of individuals wore masks. 129 incidents per million people were reported in Hong Kong last March 2020 where 96% of the total population wears masks. During the same period, in Italy, where masks weren’t commonly used, the ratio was as high as 2983 in every million residents.

However, putting on a mask is not only about figures; it also serves to show concern for other people’s safety. Regard wearing a mask as an act of care for others who might be less healthy than you. Some may have diabetes, cancer, or a weaker immune system. If other people are not wearing masks, even routine tasks like shopping for goods might cause them a great deal of distress. If everyone masks up, there can be a significant reduction in the virus’s ability to pass to another person.

Are All Masks Made Equal?

No, they are not. Duke University studied 14 multiple kinds of masks in research. They thoroughly examined how much droplets could leak out of different sorts of masks, from the N95 used by health care personnel to bandanas, neck fleece, and DIY masks.

The N95 performed the best, preceded by surgical masks. N95 masks are only necessary for healthcare staff doing particular operations on critically ill patients in a hospital environment. Because these special masks are in low inventory worldwide, they are not recommended for use beyond the hospital.

The worst were ultimately fleece, bandanas, and knitted masks. The neck fleece seemed to be unhelpful since it broke up larger raindrops into smaller ones. This observation suggests that it disperses droplets more compared to wearing no mask at all.

The WHO and the Canadian government both advocate against using masks with exhalation vents. Since they still allow contagious respiratory droplets to escape from the mask, these types of masks are useless in combat against COVID-19. They do not stop the virus’s spread.

It would be nice if putting on a mask was sufficient in and of itself. Sadly, it is not. Droplets, as previously stated, are responsible for viral transmission and can be ejected while speaking, laughing, coughing, or sneezing. The mask assists you in protecting others around you. However, wearing one doesn’t allow you to have close touch with people.

A mask lessens the likelihood of others inhaling your respiratory droplets, but it does not completely remove the danger entirely. Utilizing a mask must not convey the illusion that you are safe. Masks should be worn appropriately and coordinated with other precautions since their purpose is to offer an additional protective layer. 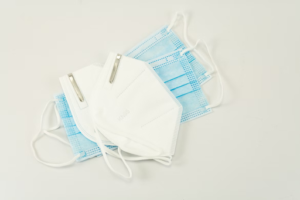